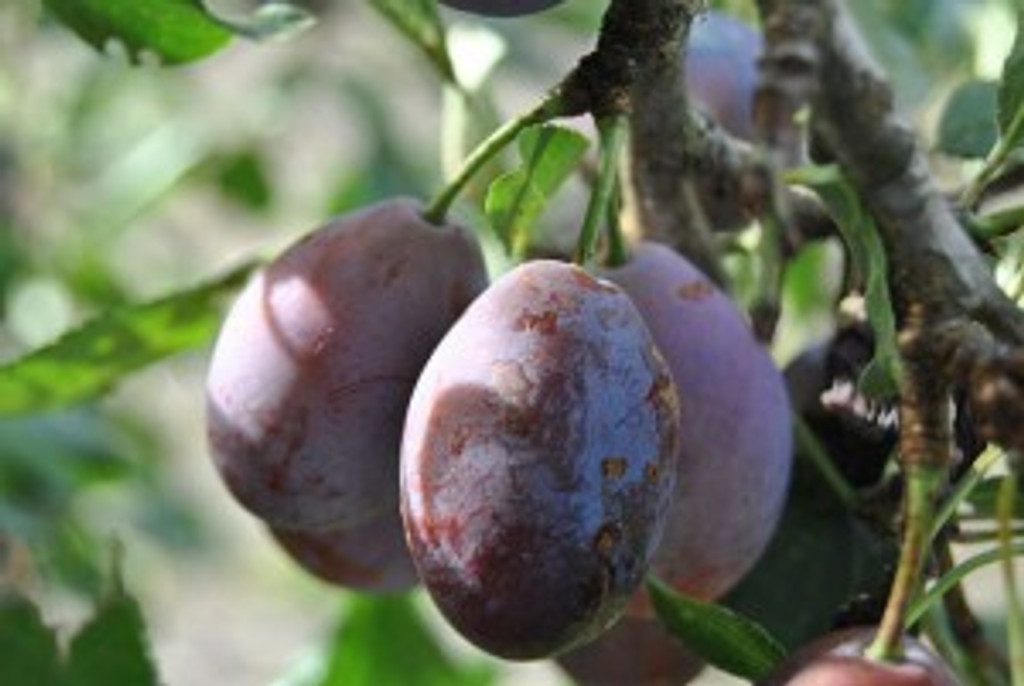 Agen is regarded as one of the best plums for making prunes because with high sugar and solids content it cures readily to form a sweet, long lasting prune. It is also an excellent dessert plum. Its origins are said to date from the return of the Benedictine monks from the the Crusades who brought back from Turkey what was called the Date Plum. They planted it in the garden of their abbey on the River Lot, near Bordeaux in France, a region which later became Agen.

The variety came to be called Agen after the region. A later prune, possibly a seedling of Prune D'Agen, dating from around 1846 is Prune d'Ente from Ente, the old French word for grafting (to enter). It found its way to the United States in the mid nineteenth century to become a major commercial variety.

$47.50
The damson (Prunus insititia) is thought to have arisen through natural crosses in Asia between the sloe (Prunus spinosa) and the cherry plum (P. cerasifera). This is the Wild Damson brought into...

$31.50
D'Ente 707, developed in France, is a high quality plum for drying as prunes. Fruit can be sun-dried or dried in a dehydrator. Uses: eating, drying as prunes Features: when dried, has rich flavour...

$31.50
Moyer is high yielding with large oval fruit with orange flesh. Fruit can be sun-dried or dried in a dehydrator. • Uses: eating, drying as prunes • Features: when dried, has rich flavour...