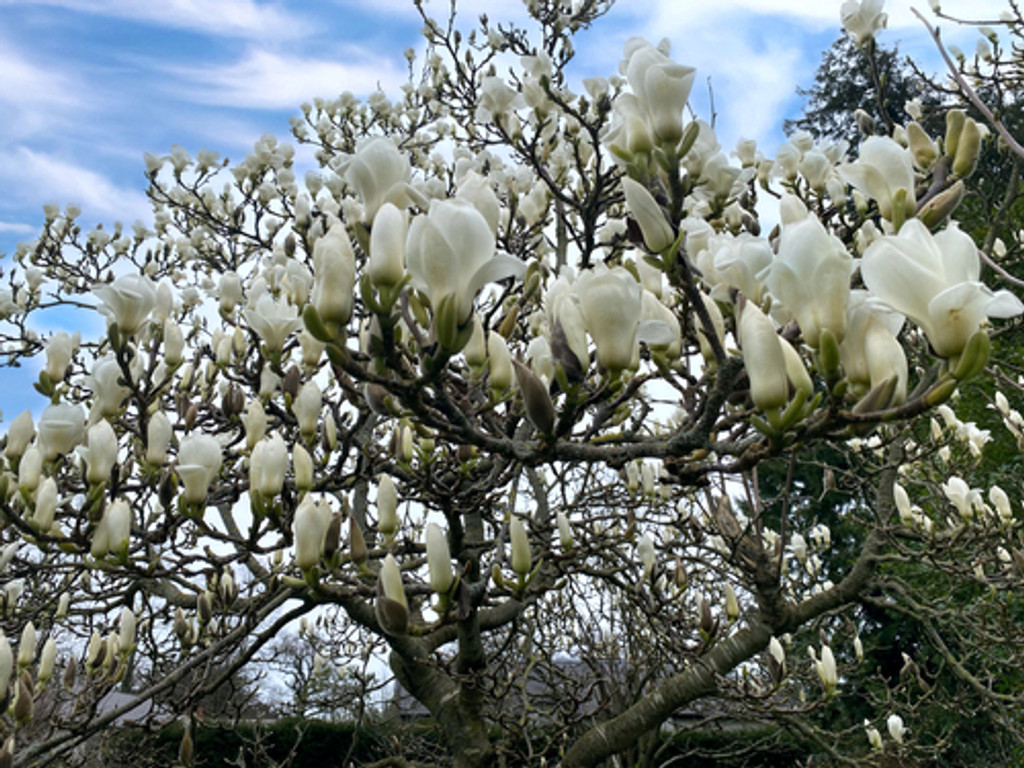 Magnolia denudata, the Lilytree or Yulan Magnolia is native to central and eastern China. It may have been in cultivation for around 4,000 years and has been grown in Chinese Buddhist temple gardens since 600 AD. Its flowers were regarded as a symbol of purity in the Tang Dynasty and it was planted in the grounds of the Emperor's palace. It is the official city flower of Shanghai.

The flowers are upright and cup-shaped at first opening out to resemble lilies. Their beauty is enhanced as they appear on bare branches in late winter to early spring. While quite hardy trees the flowers may be damaged by heavy late frosts. Given its long history in cultivation, Magnolia denudata is a parent to many cultivars.

Grows to around 9m eventually developing a spreading habit.