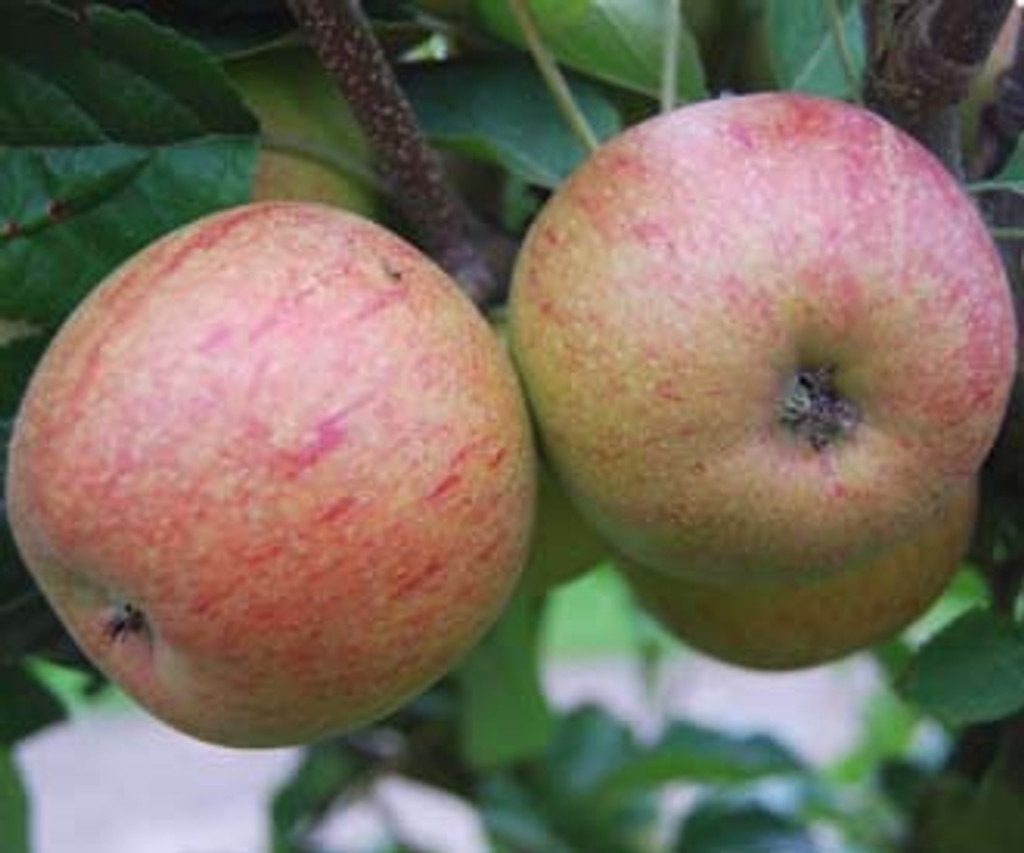 A confusing apple variety with at least two nurseries, separated by thousands of kilometres, appearing to claim ownership of the same image.

Both Orange Pippin and the Tasmanian business use what appears to be the same image with one, or the other, having reversed it (i.e. mirror image). Both appear to claim ownership by having superimposed their own watermarks on the image. Confusing indeed!

Based on our limited review of the literature we believe it to be late ripening as well as flowering late, so best pollinated with varieties in pollination groups PG4 or PG5 including Akane, Dabinett, Fuji, Gala, Jonagold, Winter Banana. It is in our collection and when the birds and time permit we will photograph some ripe fruits and then eat them! Stay tuned.

Image (accessed 7/4/16) This is from Keepers Nursery website , another well respected UK nursery whose description seems consistent with most of the above sources.

$29.95
A confusing apple variety with at least two nurseries, separated by thousands of kilometres, appearing to claim ownership of the same image. According to one of the earliest apple experts, Robert...

$29.95
Although close to 200 years old Cox’s Orange Pippin remains one of the world’s best known apples. Its fame rests on its delightful flavour.Raised in about 1825 by Richard Cox at Colnbrook...

$29.95
Raised at Ribston Hall, Yorkshire, England from seed brought from Rouen, and planted in about 1707. Received the Award of Merit from the Royal Horticultural Society in 1962. Possibly a parent of...